”I know solar can be out of people’s budgets sometimes, but if you can, it’ll definitely pay off in the long run 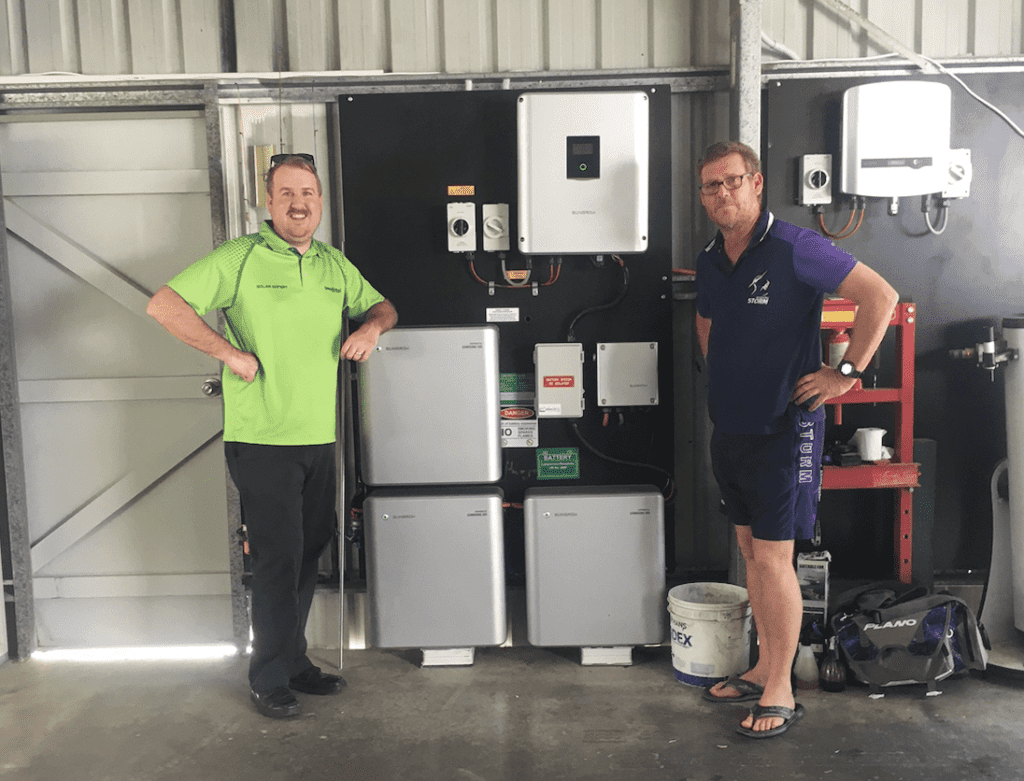 Adrian was in serious need of an effective solar system. Not only does he have a family of four, he also runs a huge saltwater aquarium, an 8000L Barramundi Pond out back, a hydroponic farm to grow all their own fruit and veg, and a large pool! Plus, like most North Queenslanders, Adrian has his aircon going all summer, which brought his average output to 8.5-9kw per hour.

Even with Adrian’s original 5kW system from another solar company, his bills were still over $1,000 per quarter! After extensive research he decided Green Energy was the best company to expand his system and start saving him money!

Adrian wanted the max amount of kWs allowed in QLD, so Green Energy set him up with another 5.04kW system of Phono Panels plus three Sungrow 4.8kwh batteries.

Now, with an additional 5.04kW of panels from GET, all his power hungry appliances are run on timers to optimise his solar usage & energy storage. PLUS, he does all of his own monitoring easily from the app. Bringing his bill down to just $200 last quarter!

Adrian reported that he had a wonderful experience with the Green Energy Team. Any issues he faced, Ryan (GET’s Energy Consultant) resolved in a timely manner. He also mentioned that everyone he dealt with genuinely cared about the customer and put them first.